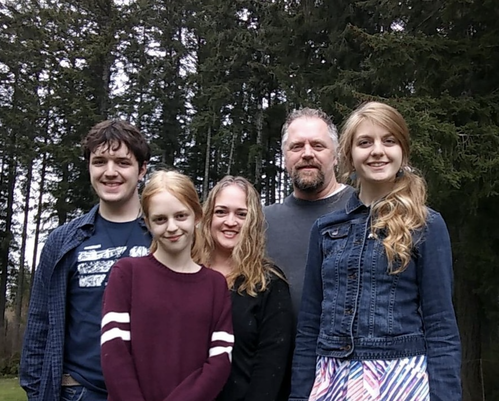 DOnate
Newsletter
Greg and Debbie moved to the state of Washington at the beginning of 2019 to begin a new missionary work. They formerly served in Crewe, England for over eleven years, working in areas of youth, children’s ministry, discipleship, local outreach, schools work, prayer ministry, and church work. They also assisted in planting a new church in 2010.

In 2013, Greg and Debbie began praying about a new mission field they felt God put on their hearts: Seattle, Washington and the surrounding area. According to internet sources, this region has the lowest church attendance and the highest percentage of atheism in the US. Drug abuse, human trafficking, and homelessness are rampant in Western Washington. Seattle is also considered to be one of the most liberal and progressive cities in the US. More recently, the city has been a center for social unrest and rioting.

Lost, lonely, and hurting people are everywhere, but they have no hope apart from Jesus; in a city where Jesus is ignored or scorned, they aren’t going to find any answers. This is the mission field Greg and Debbie believe God has called them to. They pray that the Holy Spirit will lead them to those who are hungry and hurting, to those who are ready and willing to listen to the voice of the One who has the answers they are seeking.

Currently, Greg is mentoring and discipling several men, mostly new Christians with difficult backgrounds including drug abuse and prison time. He is also an Uber driver in the Seattle-Tacoma area and often has opportunities to witness and reach out to people from all different backgrounds. Debbie is involved in their local church’s youth and children’s ministries. Also through their church, Greg, Debbie, and their daughter Moriah are receiving training in freedom prayer ministry, which is vital when so many people are bound by sin, addications, and hurt. We want to see people living in the freedom God has for them so they can be the people God designed them to be!

Greg and Debbie wish to see a spiritual awakening in Seattle and beyond. They want to see people repent of their sins, open their hearts to Jesus, be set free from bondages, find healing, and grow into strong disciples of Jesus. Their goal is to glorify Jesus and change lives. The work in Washington is just getting started, but the opportunities for mission work are plentiful!

Prayer needs include: Finances, health and safety for our family, the right doors (of future ministry opportunities) to open at the right time, spiritual covering from the attacks of the enemy, spiritual growth and healing for the men Greg works with, and for revival in this region!